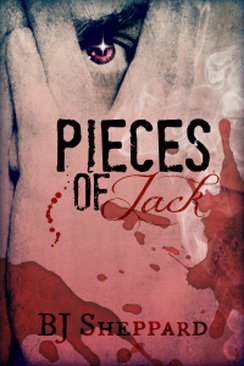 ...the price of silence just went up.

14 years ago, five friends were bound together in a pact of silence, burying their involvement in the murder of a classmate hell-bent on exposing their darkest secrets. Now, fighting for justice on the Grimm City PD, Detective Meyer Stanton finds himself thrown back into the past, the secrets he vowed to keep, coming back to haunt him. Working below the law, Meyer, his childhood sweetheart, Evan, and an old flame become the targets of a psychotic serial killer, wearing the face of a long-dead enemy. With the help of his partner and ex-lover, Detective Corin West, can Meyer rip the mask off the dark murderer following his every step - before the five estranged childhood friends all fall prey to his murderous rampage - or is Grimm City about to fall under the bloodshed of its deadliest criminal?

Follow the detective down the rabbit hole as he relives the past, fumbles through the present and tries to survive to see the future. From the writer of Wilde City Press’s ‘Always Have, Always Will’ and the comedy series ‘The Rainbow Connection’, BJ Sheppard is back with a thriller so cold it’s sure to give you chills.

​Reviews:
GGR Reviews
The Novel Approach
​Joyfully Jay
​Love Bytes
You can buy this book directly from me, via my Payhip store, by clicking the button below.
Buy Now
Powered by