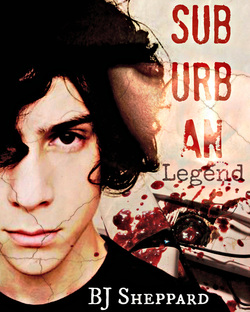 Halloween is coming, and as the parents of Damsel Creek celebrate the occasion in style, the teen population of the sleepy town are forced into caring for their youngest counterparts. As Aaron settles in to a night of babysitting at the house of the Chief of Police, he faces strange occurrences at every turn. With news of a killer on the loose, he tries to convince himself his mind is playing tricks on him, but when a series of menacing phone calls alert him that the threat is real, he has no other option than to fight. Can Aaron make it through the night as the target of a stalker who desires his death, or will Halloween be coming early this year?

Are you brave enough to read what happens when the line between real life and horror blurs?
A situation horror from the author of ‘The Rainbow Connection’ series and ‘That Day in Spring’.

Warning: scenes of violence, terror, and little to no romance. This is a tale of horror. Expect no love scenes.


Released on Halloween, 2014, Suburban Legend is the first thriller I have attempted to write, and has seen some good feedback.  I plan to write a second book in the Suburban Legend series, to be released in time for Halloween, 2015.
To get your copy of this book, please click on one of the links below:
SMASHWORDS
AMAZON US
AMAZON UK